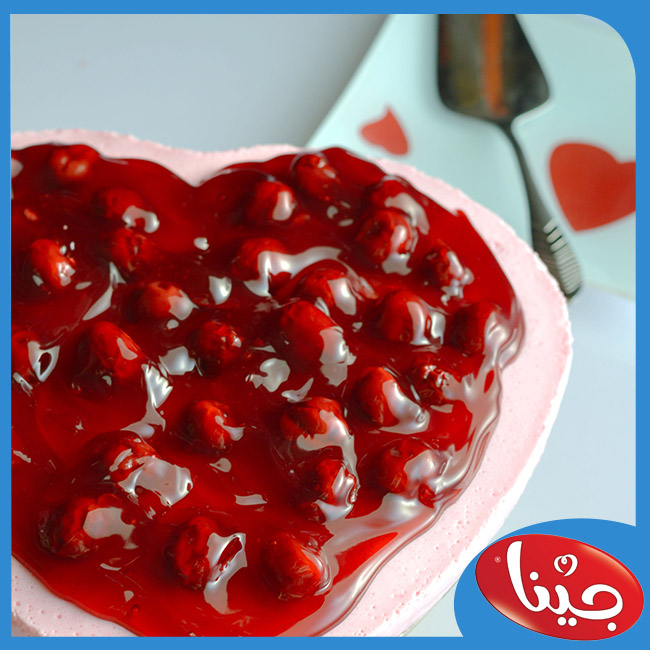 How to prepare:
To prepare the biscuit base layer:
1. Put butter, almond and biscuits in a deep bowl and mix it well until we get a harmonic texture of the biscuits,
2. In the heart-shaped openable cheesecake tray, put the mixture in order to prepare the biscuit layer,
3. Then bake it in the oven at 180 ° C for 10 minutes or until the biscuits get the golden brown color,
4. Leave the tray to cool down completely.
Note: In the meantime, prepare the filling.

To prepare the creamy cheese layer:
1. Put the cream chantee powder in a deep bowl with milk and sugar,
2. Whisk with an electric paddle until we get a harmonic texture of the cream,
3. Put the creamy cheese and whisk again until it becomes homogeneous thoroughly,
4. Then in a small bowl, put 2 packets of jelly in the hot water and stir it well until it dissolves thoroughly then put it in the refrigerator to cool down slightly.